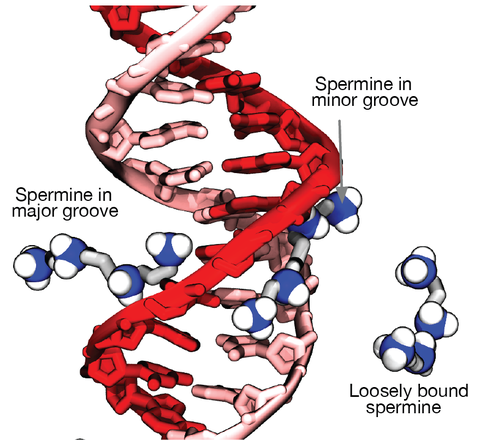 The physical properties of DNA have been suggested to play a central role in spatio-temporal organization of eukaryotic chromosomes. Experimental correlations have been established between the local nucleotide content of DNA and the frequency of inter- and intra-chromosomal contacts but the underlying physical mechanism remains unknown. Here, we combine fluorescence resonance energy transfer (FRET) measurements, precipitation assays, and molecular dynamics simulations to characterize the effect of DNA nucleotide content, sequence, and methylation on inter-DNA association and its correlation with DNA looping. First, we show that the strength of DNA condensation mediated by poly-lysine peptides as a reduced model of histone tails depends on the DNA’s global nucleotide content but also on the local nucleotide sequence, which turns out to be qualitatively same as the condensation by spermine. Next, we show that the presence and spatial arrangement of C5 methyl groups determines the strength of inter-DNA attraction, partially explaining why RNA resists condensation. Interestingly, multi-color single molecule FRET measurements reveal strong anti-correlation between DNA looping and DNA–DNA association, suggesting that a common biophysical mechanism underlies them. We propose that the differential affinity between DNA regions of varying sequence pattern may drive the phase separation of chromatin into chromosomal subdomains.